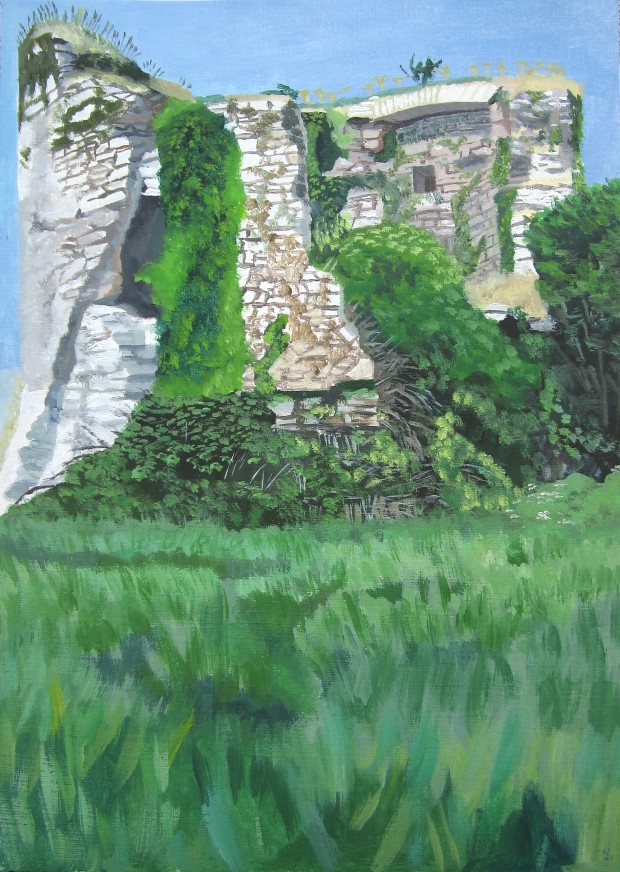 Painted out in the open air. This castle is based on the donjon type. It was built by the Anglo-Normans in the early 1200s as part of their drive to consolidate their power in the region. The Anglo-Normans had invaded Ireland in 1169 on the invitation of the King of Leinster. They quickly overrun two-thirds of the island. I painted this amongst the long marsh grasses next to the bank of the Womanagh river in glorious Summer weather.

This site uses Akismet to reduce spam. Learn how your comment data is processed.