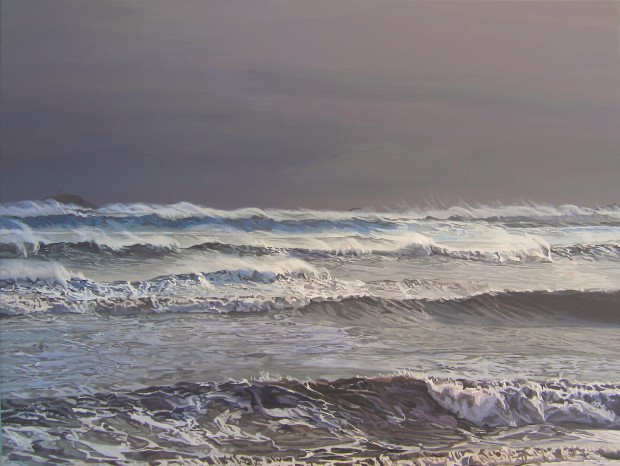 On 12th February, 2014 Ireland and Britain were hit by a storm, the last in a series which started in the previous December. That afternoon, the winds whipped up causing the worst gusts experienced in many years. I went down to the nearby strand, Garryvoe, and witnessed the highest waves I’d seen in years. The islands are barely peeping above the sea. For the painting, I darkened the sky a bit, to make the waves stand out more. The sun was shining from the right, highlighting parts of the sea.