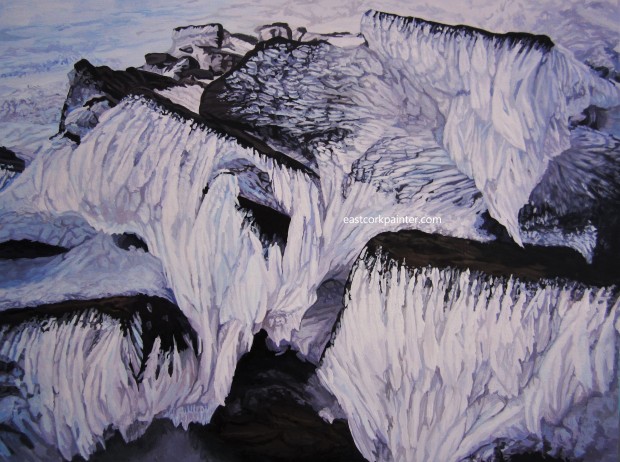 There was a half eaten carton of summer berries in the freezer a few weeks ago. I took it out and it began rapidly thawing out. This painting shows the berries in a transitional state between being frozen and thawed out. I loved the variety of colours and how unique this piece is. 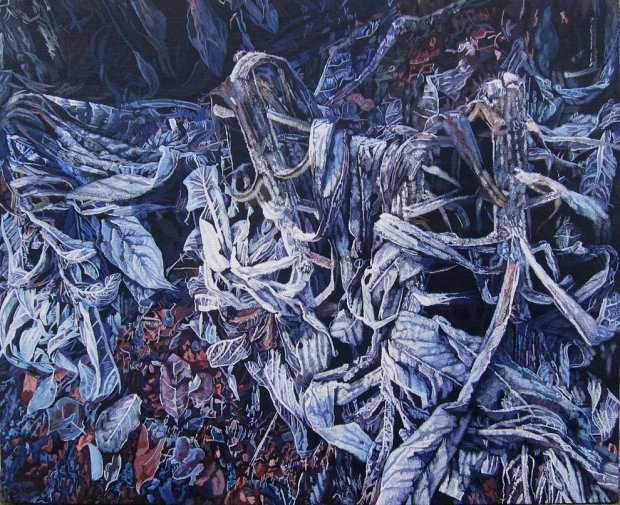 Came about totally by accident; walking in a public garden with my sister in early January, 2011 and came across this foliage, partially frost covered. I find spontaneity very important to art, as it keeps the process fresh and interesting. This is one of my personal favourites. 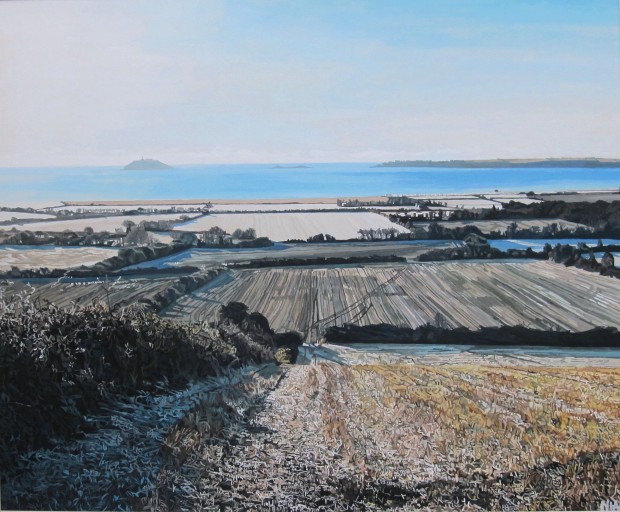 In late December, 2009 a severe cold stretch of weather began that continued into early 2010. This painting records that time. Fortunately, because where I live is so close to the sea we were spared the worst of the snow and ice as can be seen from the fields, where muted greys and browns can be seen rather than a continuous blanket of white. This is my third painting in my series of painting the same view over four seasons.